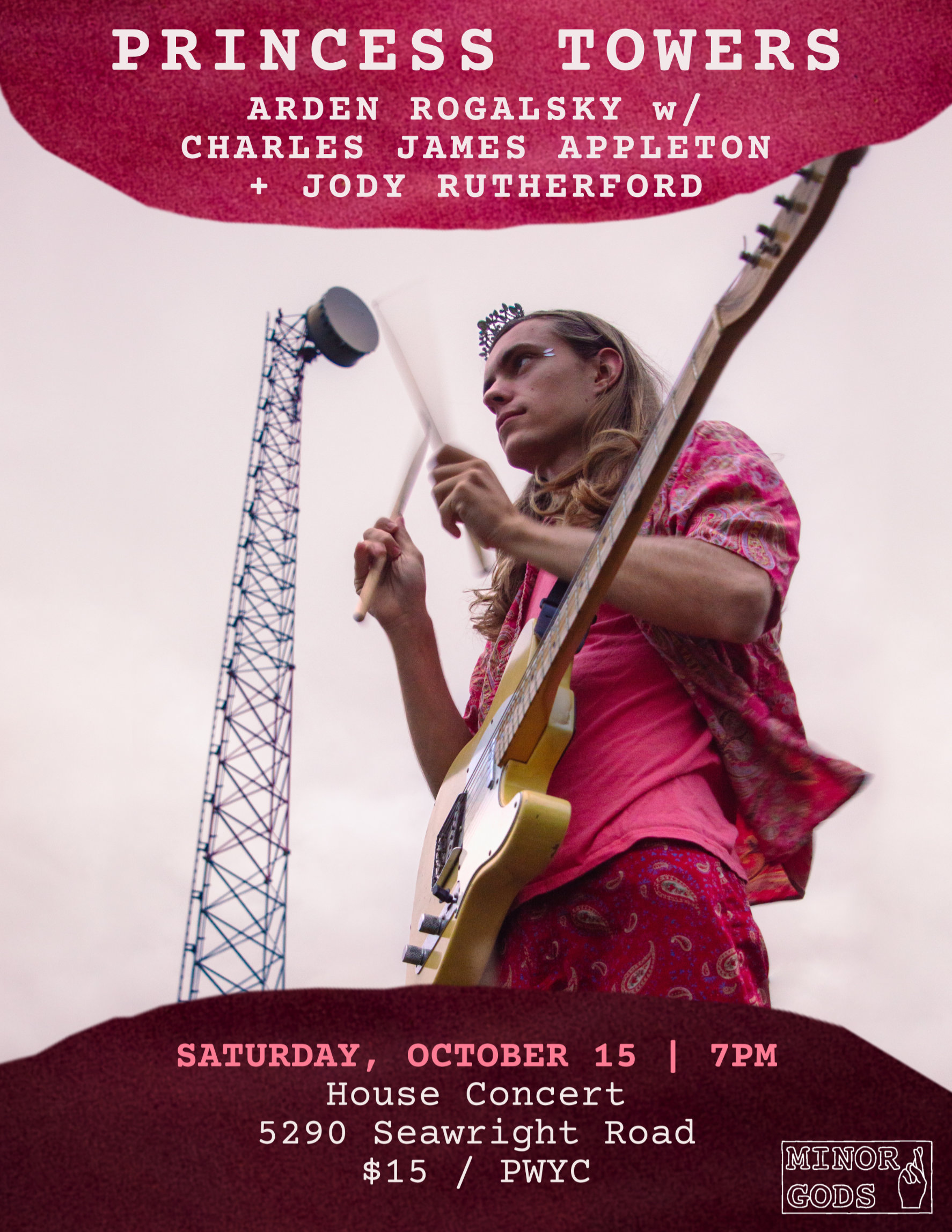 Princess Towers (AKA Arden Rogalsky from Wolfe Island ON), Charles James Appleton (Victoria BC), and Jody Rutherford (Victoria BC) are joining forces for a fall tour of BC!

Following album releases in 2017 and 2018, Princess Towers released a new collection of songs, Remastered in Stereo, in May 2022.